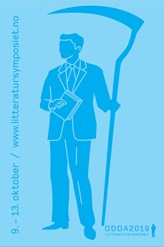 Khaled Harara was born 1987 in Yemen. He is a renowned Palestinian hip-hop artist who has lived as a refugee in Gaza. His texts discuss the political situation in Palestine from a humanitarian and social perspective and criticise the lack of freedom of expression and the suffering in Palestine under the Hamas rule.

In Gaza, Khaled Harara was the first to organise hip hop workshops for youth, focusing on writing texts and on different ways of expressing oneself. The workshops were banned, just like his group “Palestinian Unit” and the artist organisation that he was a member of.

As a result of his artistic expression, and his participation as a soldier of the PLO forces before Hamas took control of Gaza, Harara is considered an “enemy of the state”. More than once, he has been to prison, tortured and subject to rough interrogations, and several of his friends have been killed or injured in fights against the Hamas.

In fear of continuing reprisals, Khaled Harara stayed on in Denmark after participating in the festival “Rapolitics”.

Khaled Harara was Gothenburg City of Refuge's guest writer  - and the first musician that ICORN accepted - from 2013 to 2015. During his stay in Gothenburg Khaled Harara has taken part in several public events, debates and workshops. He released two new singles with the jazz rock band Makten & Härligheten in May 2015.